In this edition we will focus in more detail on some of the Chancellor’s Autumn Budget announcements.

Building a Britain Fit for the Future

This was the main theme of the Chancellor Phillip Hammond’s second budget as he committed to spending more on infrastructure projects and stimulating the housing market. He had to put on a good performance to keep his job after criticism following the Spring Budget. His jokes were better this time but there was very little good news on the tax front and some worrying economic figures, particularly the growth forecasts. A stamp duty holiday for first-time homebuyers was hotly tipped prior to the Budget but nevertheless it was still a surprise that the duty for such buyers was abolished for purchases up to £300,000.

In an attempt to help first-time buyers get on the property ladder and stimulate the housing market the chancellor announced that for property purchases completed on or after 22 November 2017 there would be no SDLT payable if the purchase price is below £300,000.

This will be a permanent measure rather than a temporary holiday. Those claiming the relief will pay no SDLT on the first £300,000 of the consideration and 5% on any remainder. No relief will be available where the total consideration is more than £500,000. It should be noted that where a property is bought in joint names it must be the first property owned by all purchasers.

Note that up to 10% of the personal allowance (£1,185) may be transferred from one spouse or civil partner to the other if unused and the transferee is a basic rate taxpayer. This transfer will now be available on behalf of deceased spouses and civil partners, and the claim may now be backdated for up to four years where the entitlement conditions were met.

NO CHANGES IN TAX OR NIC RATES

The basic rate of income tax and higher rate remain at 20% and 40% respectively and the 45% additional rate continues to apply to income over £150,000.

Although Class 2 National Insurance contributions (NIC) for the self-employed are being abolished from 6 April 2019 and "merged" with Class 4 contributions the Chancellor did not dare mention an increase in the current 9% Class 4 rate this time!

There had been rumours that the dividend rate might be increased, but dividends continue to be taxed at 7.5%, 32.5% and then 38.1% depending upon whether the dividends fall into the basic rate band, higher rate band or the additional rate.

The annual ISA investment limit increased to £20,000 from 6 April 2017 and remains at that level for 2018/19. Dividends on shares held within an ISA continue to be tax free.

IR35 “OFF-PAYROLL” RULES MAY BE EXTENDED TO PRIVATE SECTOR

Although not mentioned in the Budget speech the other documents released on Budget day mention the possible extension of the rules for personal service companies in the public sector to workers in the private sector.

The government will consult in 2018 on how to tackle non-compliance with the intermediaries' legislation (commonly known as IR35) in the private sector. The legislation which currently only applies in the public sector seeks to ensure that individuals who effectively work as employees are taxed as employees, even if they choose to structure their work through a company.

Company car benefits are based on CO2 emissions data which has encouraged employees to choose diesel cars due to lower CO2 emissions. The government is trying to reduce the number of diesel cars and will increase the current 3% diesel supplement to 4% from 6 April 2018.

As previously announced radical changes to the company car benefit rules are being introduced in 2020. The benefit in kind for electric cars and hybrid cars with a range of 130 miles or more on the electric motor is being reduced to just 2%. That means that the taxable benefit for such a car with a list price of £30,000 would be just £600 a year. Where the employer allows staff to charge their own electric car at work there will be no taxable benefit.

The Government will double the amount that an individual may invest under the EIS in a tax year to £2 million from the current limit of £1 million, provided any amount over £1 million is invested in one or more knowledge-intensive companies.

The annual investment limit for knowledge-intensive companies receiving investments under the EIS and from VCTs will be increased to £10 million from the current limit of £5 million. The lifetime limit raised by such companies will remain the same at £20 million.

There had been rumours that the VAT threshold would be reduced so that more businesses would be required to charge VAT on their sales. The UK currently has the highest VAT registration threshold in Europe.

Note that the introduction of Making Tax Digital (MTD) for VAT in April 2019 will apply to those businesses above the registration limit. Freezing or reducing the threshold will bring more businesses within the scope of MTD.

In order to support the licensed trade from April 2017, pubs with a rateable value up to £100,000 are able to claim a £1,000 business rates discount for one year. This relief has now been extended until March 2019.

Another measure hidden away was the proposal that buy-to-let landlords will be able to claim 45p a mile for necessary visits to their rental properties.

High-performing people tend to take pride in their work, they want to grow and develop throughout their careers. In order to manage them effectively, you need to redistribute decision-making. A top-down, hierarchical approach to management may be ineffective because the best employees tend to know more about their area of expertise than their managers do. As such, you need to give people some autonomy so that they can effectively self-manage.

The best performing businesses tend to have flatter organisation structures. Information is shared more openly across the business and people are able to make decisions more quickly as a result.

In a high-performance organisation, managers need to provide support and demonstrate leadership through teamwork. The best managers tend to be able to bring people with them.

They do this by building strong relationships with their teams and through effective communication. In creating a culture of teamwork, managers can align the individual objectives of each team member with the overall goals of the business. Where there is misalignment, good managers will work with the individual to agree a compromise.

If you want to be a really effective manager and create a high performance team, you need to be a good listener. Ask your team members for their view on how to best get a piece of work done. This shows the team that their opinions and expertise are valued. The best leaders listen to the ideas and insights from their people and allow them the space to implement those ideas.

Everyone wants to perform meaningful work and enjoy being involved with interesting projects. If opportunities are given by a manager who takes the time to create strong relationships with people, the team can be more effective and innovative than ever.

At this time of year, it is worth revisiting the tax rules surrounding Christmas gifts and parties:-

A gift to an employee is tax-deductible provided that it is wholly and exclusively incurred for the purpose of your business. A seasonal gift is considered to pass this test. A gift made by an employer to an employee is not taxed as an employment benefit provided that it meets the criteria for being a trivial benefit. A trivial benefit is one that is non-contractual, costs £50 or less per employee, is not cash or a voucher, and is not for services performed. If the cost exceeds £50, the whole benefit is taxed, not just the excess.

The party must be open to all employees and the cost to the employer must not exceed £150 per head (including VAT, taxis and overnight accommodation), this being the total cost of the party divided by the total number of people attending (including non-employees).

Where the cost is less than £150 per head, the unused element could be spent on another staff function (perhaps in the summer) – provided the annual aggregate spend does not exceed the £150 per head limit. If the limit is exceeded, you can choose the lower costing event as taxable.

We are delighted to have yet more exam successes within the firm and congratulate Lucas, Marco and Matthew on all their hard work in achieving this qualification. 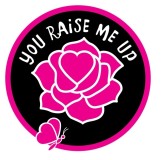 During 2017 we have supported You Raise Me Up and are very appreciative to all members of our staff who have helped to raise money for this very worthy cause. In total we have raised in excess of £2,000.

The firm is pleased to announce that our Charity of the Year for 2018 will be Embrace.

Embrace was formed in 2014 to support special needs/disabled children and their families. Their ethos is 'Because no child should feel alone'.

We will update you on the funds raised during 2018 in future newsletters.

Our Opening Times during the Christmas Period will be:-

We wish all our Clients and Business colleagues a very Happy Christmas and a Prosperous New Year.